Below is the script that John Elliott read at the Courthouse at 9:00 am on Saturday, March 21, 2020 regarding the scheduled time and date for the County Republican Convention

"Thank You to Our Republican Grassroots Leaders!" Letter from Chairman James Dickey

John,
A Texas-sized “Thank You” to our Republican Grassroots Leaders across Texas for their incredible work this past Saturday!

This past Saturday, thousands of Republicans throughout Texas had planned to take part in that grassroots process. But due to the public health emergency and the corresponding national, state and local emergency and disaster declarations, in the vast majority of the state it was not possible to convene as we normally would. These circumstances have also put plans into action to move our State Convention to July 13-18 in Houston, instead of the originally scheduled dates of May 11-16.

Hundreds of our Republican Leaders - SREC Members, County Chairs and our County and Temporary Senate District Convention Chairs - conferred with me and our great team, including our Parliamentarian, our General Counsel and RPT Staff throughout the last week to address how to smoothly adjourn these Saturday meetings for a future time ideally outside the current 8-week CDC suspension window.

This process could have been derailed at any point last week, but all of us together showed the resiliency and unity that makes Texas the great state it is. We pulled ourselves up by the bootstraps and we got to work.

These leaders tirelessly shepherded the process for you at home to see your rights as delegates come to full fruition at the state and national level with transparency, with adherence to our RPT and RNC rules, and most importantly, in the safest manner possible.

They make our Republican Party of Texas great and they exemplify how we will Keep Texas Great and Keep America Great in November 2020!

Our road to State Convention has begun in earnest. Please reach out to your County Party to be informed of the new Senate District or County Convention date to ensure you are considered for a State Convention delegate spot if you desire. We will make it to the convention and then to November together and unified in the desire to keep Texas red and deliver our electoral votes for President Trump in November!

Thank you to all of our Republican Leaders - our SREC Members, our County Chairs and our Temporary Senate District Convention Chairs - for your commitment to the Republican Party of Texas! 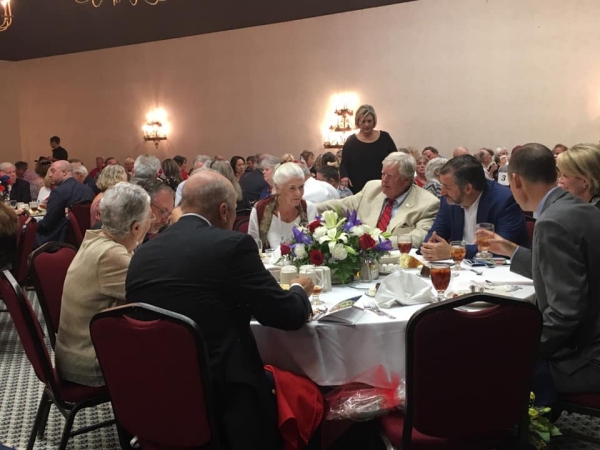